Cropwell is just about a half-hour east of Birmingham, AL. We made our way there on March 6, 2017. Lakeside Landing and Marina was home for the week, it is a large (200+ sites) RV Park and Marina. They do not take reservations unless it is race weekend in Taladga which is about 20 miles away. 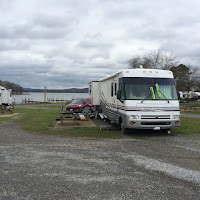 The park is quiet and the views of the lake are nice. Seeing it is a marina, there is a fair amount a traffic during the day using the boat ramp. The site was just long enough for the RV, tow-dolly and parking the car. 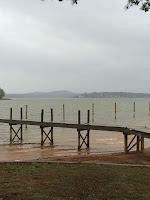 They are about average width. WiFi was fair, Verizon signal was good. We paid $30.69 a night with our Good Sam discount.

There is a Camping World in Birmingham and whenever we get a chance we like to pop in and see if there is anything we just can't live without. Well, we took the very long and scenic route to get there in search of a few roadside oddities.

Orr Park in Montevallo was worth every mile we drove.  In 1993 many trees in the park were damaged in a storm and were marked to be cut down. 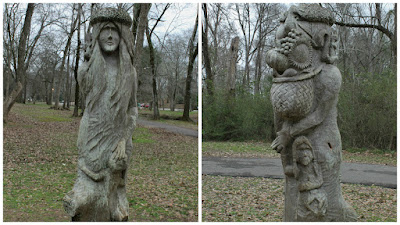 That is until artist Tim Tingle stepped in and requested permission to turn them into works of art. 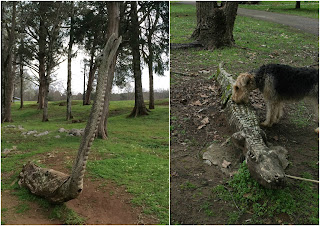 There are free standing carvings like the man and woman. Also ones that had fallen and are now snakes and alligators. Most are faces peeking out at you from the tree trunks. 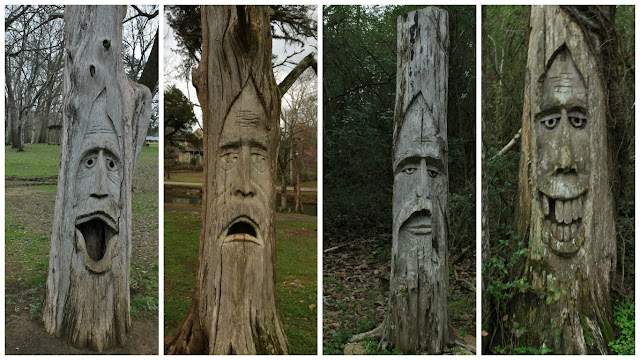 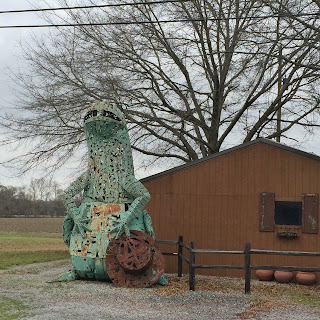 In Harpersville we found a Giant Copper Frog hanging out on the side of the road. 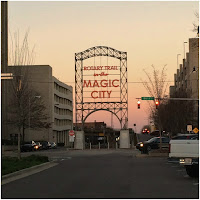 We did learn something new while visiting the Sloss Furnaces. Birmingham was not here during the Civil War, there is no river that runs through town so it makes sense. The development of the Sloss Furnaces is what started the town of Birmingham and it is referred to as the "Magic City" due to its rapid growth from 1881 through 1920. It is also referred to as the "Pittsburgh of the South". 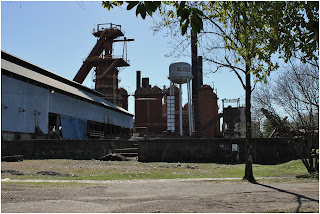 The furnaces have been quiet for many years, but instead of demolishing the buildings the city have turned them into a wonderful place to explore and learn about the history of the area. 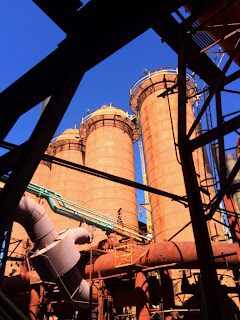 One of the buildings houses artist studios and there is also space for concerts and events.
One of the reviews called it the mecca place for photographers and they sure got that right. 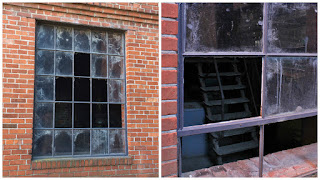 We spent over 4-hours here and Nancy could easily spend a couple of days. 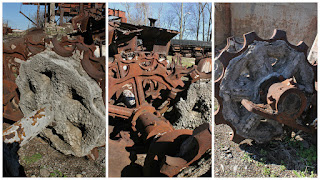 You have access to most every building and room. They are filled with molds, gears and machinery. 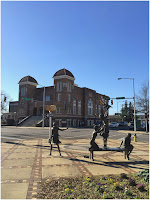 Birmingham may not have been around during the Civil War but it is another important place in the Civil Rights Movement. We cannot help but to be humbled when we walk the path that so many people where hurt and killed on just for basic human rights. This is our third stop in Alabama, during our April 2016 stay we followed the Selma to Montgomery Trail

Kelly Ingram Park is downtown just across the street from the 16th Street Baptist Church. The entrance to the park has a memorial to the four young girls who were killed in the 1963 racially motivate bombing of the church. Such senseless hatred that is still happening today. 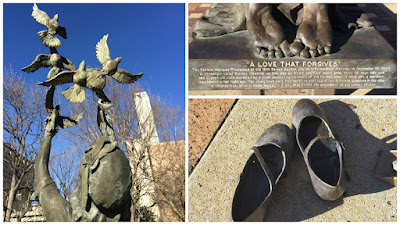 The park was developed as a "Place of Revolution and Reconciliation" and to mark the struggle that went on here. 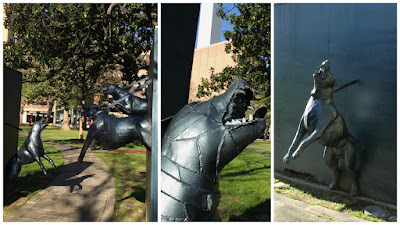 There are sculptures of the attack dogs and the water canyons that were used on the protesters. These silent memorials speak in such loud voices. 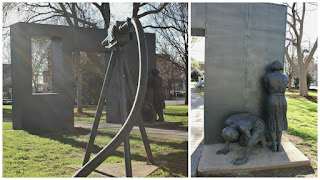 After leaving the Kelly Ingram Park we were heading to the Railroad Park at the south end of town. Our travels were stalled when we got tangled up in a car accident. A girl driving east bound ran a red light and hit the car next to us as we headed south through the intersection.
Les swerved to avoid that car hitting us but she caught our front bumper. We were the fortunate ones as we had very little damage and our car was drive able.

The other two not so much. No one was seriously hurt, the lady who was next to us has a few scratches and some burns from her airbag and we would imagine that all of them were a bit sore the next day. Thankfully the girls insurance will cover the cost of repairs and a rental for us. 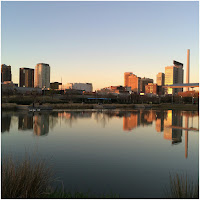 We did make it to the Railroad Park just as the sun was getting ready to set. What a wonderful little place in the city. There are paved walking paths throughout the park and lots of benches and places to sit. 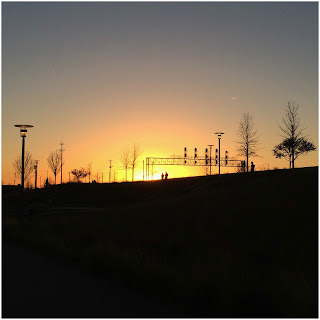 We love that so many downtown areas have created these wonderful spots amidst the hustle of the city.  The park was filled with walkers and joggers and people just relaxing at the end of the day. 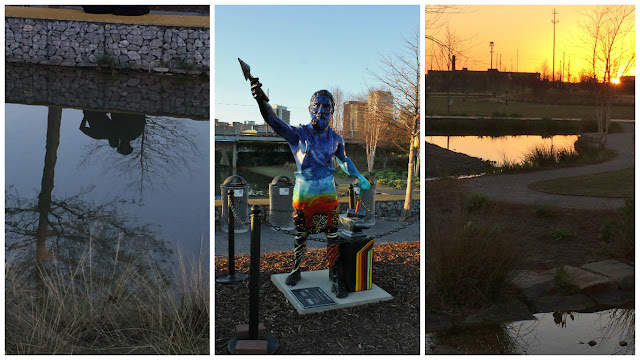 One day we drove to Tuscaloosa which was the original Capitol of Alabama from 1826 to 1846. It is the fifth largest city in the state and home to the University of Alabama. 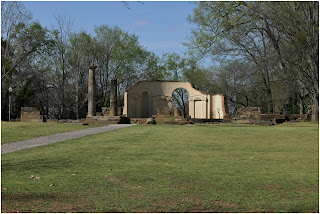 We visited the ruins of the old capitol building. They sit in a small park and are used for wedding ceremonies, pictures and events. When Montgomery became the capital the building housed a women's college until it burned down in 1923. 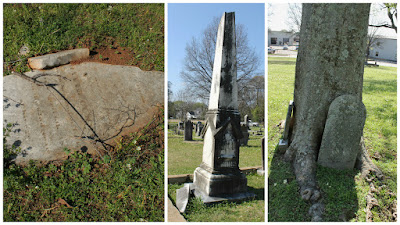 Once again we found an old cemetery to explore. Greenwood Cemetery is the oldest surviving cemetery in Tuscaloosa. It has been in continuous use since prior to 1820. It is estimated that there are over 2,500 graves. Many of them were never marked and others the headstones have either disappeared, been moved after breaking, or have deteriorated so much you can not read them.
We have seen many clasped or pointing hands but this is the first ones we have seen with chains. From research a broken chain represents the broken chain of life, but these particular ones have closed links - so more research is needed. 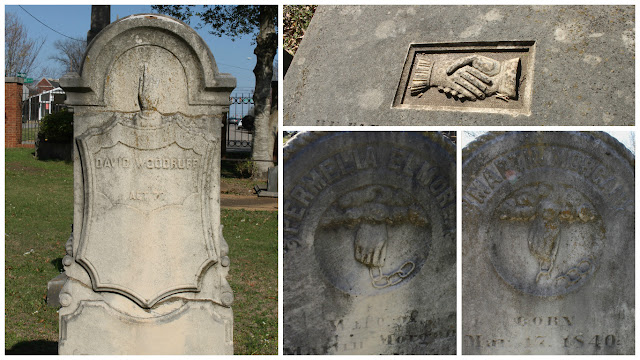 On our last day in town we headed back into Birmingham to get pictures of the Story Teller Fountain and to check out a few breweries. 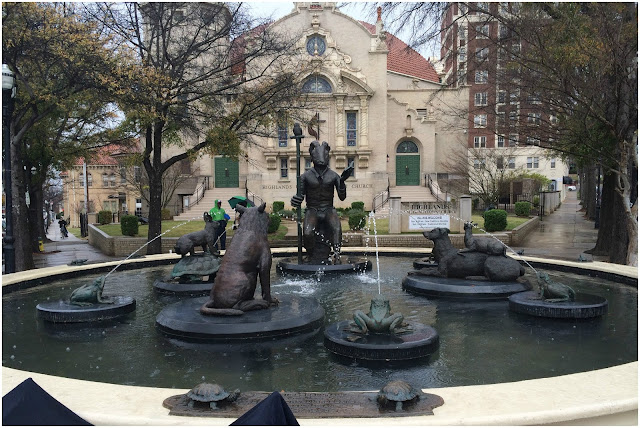 We didn't know that it was race day. At first we thought it was a parade as everyone was dressed in green for St. Patrick's Day, and we passed more than one Leprechaun. 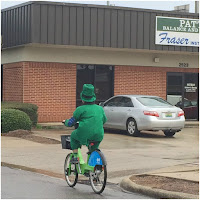 They hold a race where you run from brewery to brewery and turn in your wristband for a pint of beer. We think this is a brilliant idea. 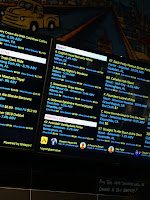 Hop City Beer and Wine is one of the best wine and beer stores we have been in and they have over 50 beers on tap. We tried a few and bought a few.

The Ghost Train Brewery is just around the corner so we stopped in there as well. 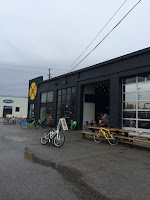 Athens, Tennessee is the last stop before we hit Asheville.

Tips and things we have learned along the way
~ Don't burn that table!
This is a tip we learned from another RV'er, using a piece of tile under your grill. We have a small portable grill that we love to use for outdoor cooking. 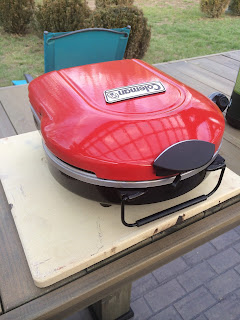 Sometimes we run into an issue with the picnic table being plastic or an open weaved top which make setting the grill down difficult and we run the risk of scorching the table. Also, it is surprising how many parks do not have tables so we set up our plastic one.
A tile square solves the problem  of burning the table. We have a pizza stone that we used in our house and it now serves the same purpose as a tile. No more worries!