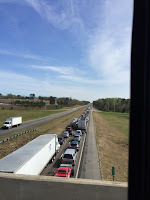 Moved on to Forsyth on March 18, 2016. Shortly after entering I-80 we came upon a traffic jam that appeared it had been happening for awhile as people were out of their cars and walking around. We got off at the next exit and found another way to go. Thank you Google Maps. After that it was smooth sailing. 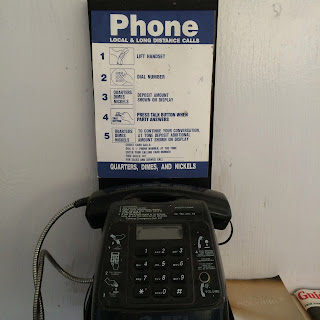 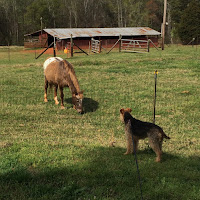 We stayed at the L&D RV Park, east of the town of Forsyth. Small campground, long pull through sites but very narrow. When our awning was up it was just inches from our neighbors trailer. Horse farm on one side and open fields on the other, made it very quiet. Forgot to get a picture of the campsite but did get one of the phone in the laundry room. Didn't know these even existed anymore!

First night in we went to visit Nancy's cousin, 2nd cousin actually, Taimie and her family. They live 40 minutes outside of Forsyth. It had been a few years since we had seen them last and it was great catching up. 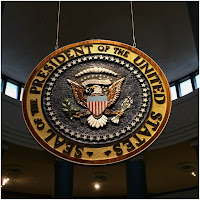 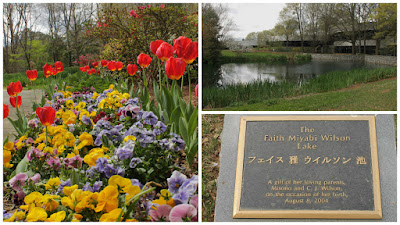 Flowers in bloom everywhere we looked. Behind the museum is a small lake, art sculptures and a Japanese garden. 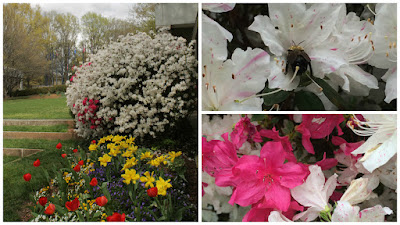 Once again the museum was laid out very similar to the others. You follow along from room to room, with pictures, videos and displays of his time in office and his life. It stated off with his days in the Navy. 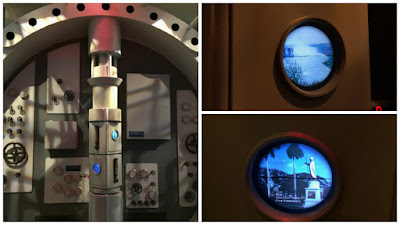 There were a number of inactive displays. When you looked through the periscope you saw pictures from various places he had been. 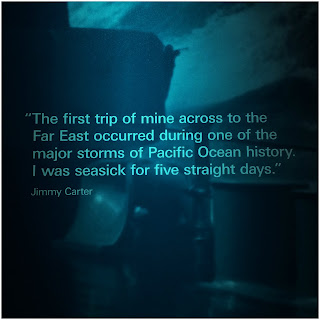 What stuck us the most through out the entire museum was how humble it all was. There was not a lot of boasting, the achievements were told in a way that honored all involved. 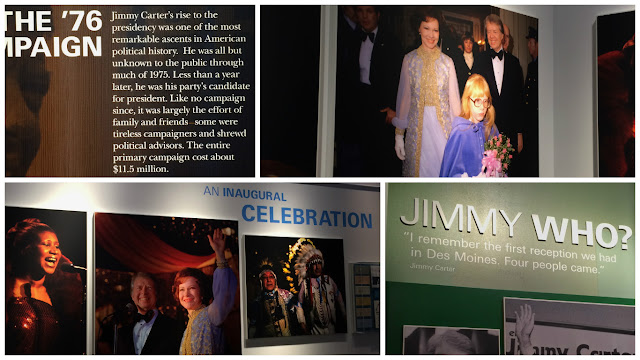 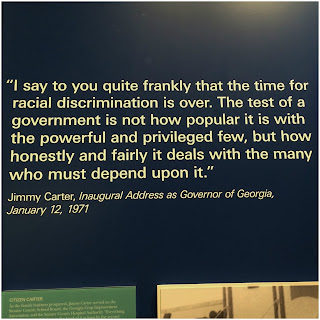 Through out the displays were quotes from both Jimmy and Rosalynn. Most covering issues we are still addressing today. 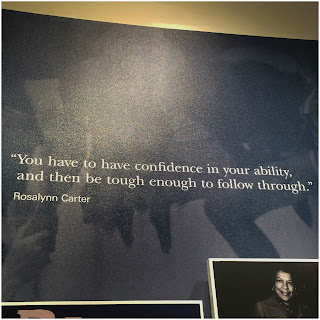 There were a number of displays that were kid friendly. It has been nice to see that in most of the ones we have been to. Nancy always jokes that they are sometimes her favorite parts, as she has such a short attention span. 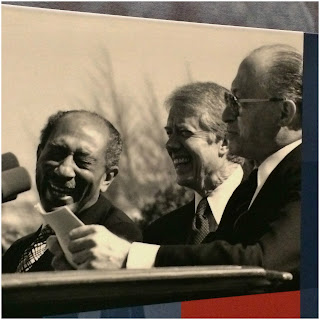 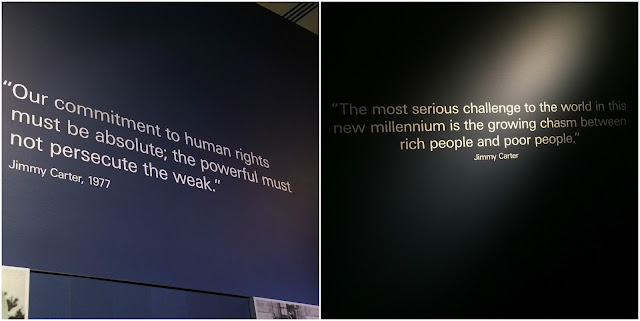 Nancy was fascinated by a painting done by Octavio Ocampo. 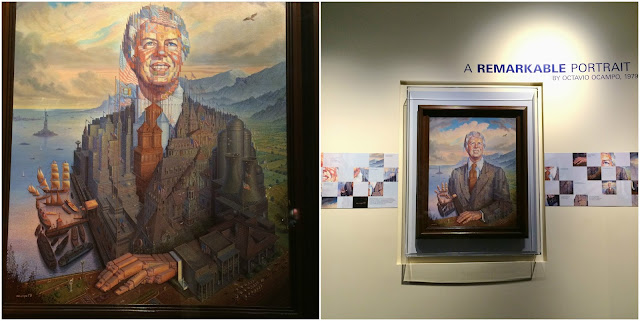 When you look at the portrait from a distance is looks like a regular painting. Once up close you can see that it is anything but regular. Each section of his body is comprised of different elements.

The library and museum share the grounds with The Carter Center. It is a nongovernmental, not-for-profit organization founded in 1982 and is in partnership with Emory University. It works to advance humans rights and alleviate human suffering. It has helped to improve the quality of life for people in more than 80 countries. Under their Peace Programs they have monitored over 100 national elections to help ensure that the results are the will of people. They have assisted in numerous conflict resolution talks all over the world. 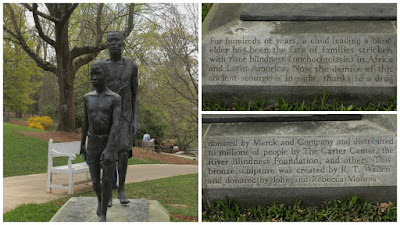 They are leaders in the eradication of diseases. Their Health Programs have fought six preventable diseases including Guinea worm and river blindness, through education and simple, low-cost methods. There motto is Waging Peace, Fighting Disease, Building Hope.
A very inspiring place, so inspiring Les has looked into jobs there.

This trip brought our first year to and end and us heading home to Asheville for little break from travel.

Tips and things we have learned along the way.
~ Check for unwanted guests.
We do not always open our awning at every stop, but we have discovered that it is probably a good idea to do so. Once a week or so you should open it up to make sure there are no stowaways. We found the beginings of a wasp nest when we opened it this week.