Travel day to Branson, MO was on July 16, 2016 Uneventful drive just the way we like it. We stayed at the Branson Stagecoach RV Park. 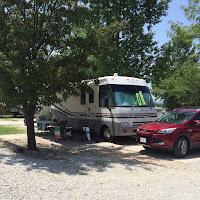 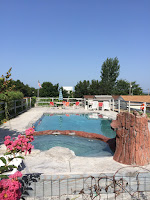 Really nice park and well maintained with about 50 sites. The sites are gravel, but very level and angled so that you are not on top of your neighbors hook-ups.
There is a nice pool and a playground area, and a large field at the back of the camp for dog walking. A real bonus was the Hungry Hunter restaurant right on site, made breakfast so easy and delicious. 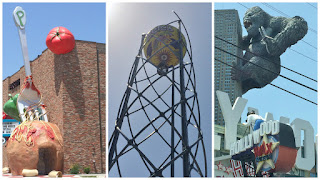 Downtown Branson reminded us a lot of The Dells, in Wisconsin. One long strip of tourist trap stores and activities. 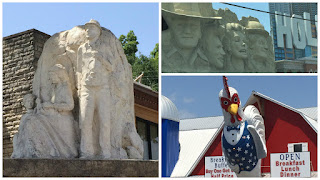 There are a lot of people who love this kind of thing and that's great, but it really isn't our cup of tea.
We did stop at Dick's 5 & 10 Store, it is a huge store with anything and everything that you can think of. A fun place to find an off beat trinket if you can work your way through the overflowing aisles and all of the people. 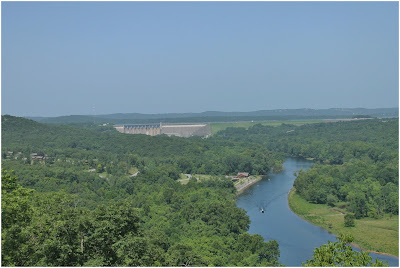 Once outside of town we were much more in our realm. A stop at an overlook gave us a great view of the Table Rock Dam. Once again we found "Love Locks" on the fence. 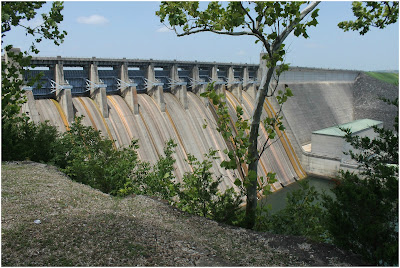 Once we were closer to the dam we were able to hike a little along the lake. Table Rock State Park has a number of paths for hiking, along with a marina and lots of picnic areas. 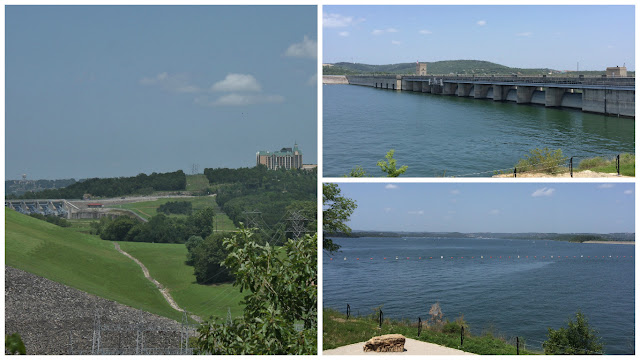 We ventured back into Arkansas from here to visit Eureka Springs. The hippy capitol of Arkansas. It is a neat town, lots of shops and eateries, very low key place. 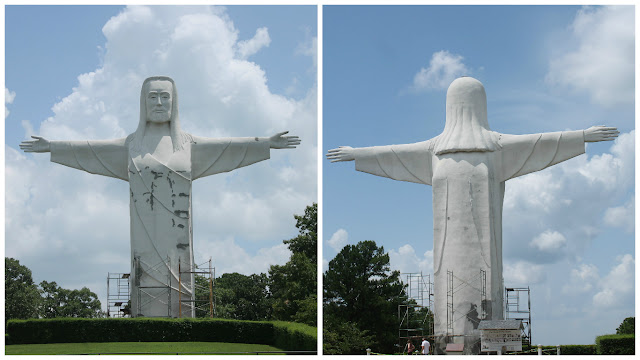 We made a stop at the Christ of the Ozarks. A 65.5 foot tall statue of Jesus, that was built in 1966 by Emmet Sullivan. There is a 4,100 seat amphitheater where the Great Passion Play is performed.
The statue is actually very plain, and locals refer to it as "Our Milk Carton with Arms". Reminded us of "Touchdown Jesus" on I-75 in Ohio. 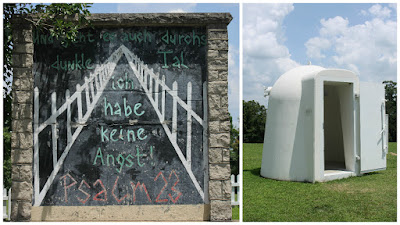 Also on site is a 10 x 10 portion of the Berlin Wall and a bomb shelter, one of two that Israel donated to the U.S. The other one is at the Gospel Station Network in Ada, OK.
While Nancy was taking a picture a young couple came up and he was taking a picture of his wife, so Nancy offered to take one of the two of them. When he handed his phone to Nancy the girl said " just so you know, if you try to run and steal our phone I will tackle you"! It was priceless.

From here we went to the Thorncrown Chapel. This place was so amazing. It was designed by E. Fay Jones, who was an apprentice of Frank Lloyd Wright. You can see his influence in this building. 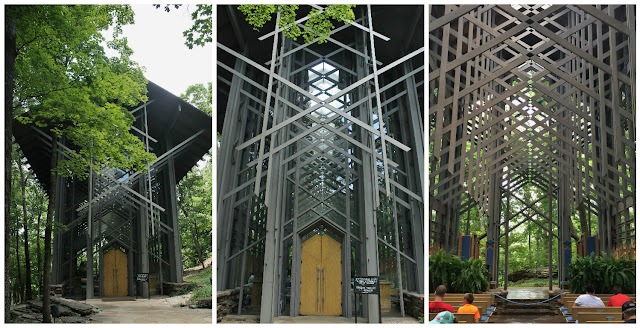 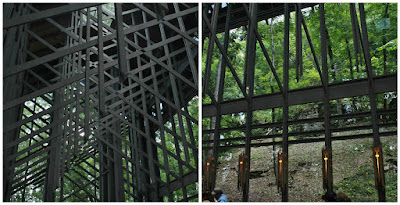 The chapel was constructed in 1980 and is on the Budget Travels list of "12 Most Beautiful Churches in America" and is on the National Register of Historic Places, a status usually not granted to buildings less than fifty years old, unless they are considered exceptionally significant. It is constructed mostly of wood from the area. The design allowed for minimal transportation costs and materials had to be no bigger than what two people could carry. The glass walls allow for you to see outside from anywhere in the building, including through the large skylight above.  The peace and tranquility of this place was astounding.

Eldon, MO and Lake of the Ozarks is next.

Tips and things we have learned along the way
~ Still trying to stay cool.
We have finally left the oppressive 100+ degrees behind but it is still hot and still muggy, after all it is summer. We have found another way to help keep it cooler in the RV especially when we are parked in the blazing sun. 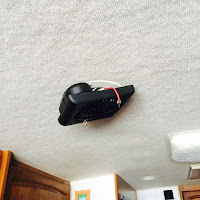 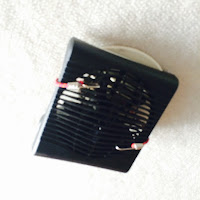 We purchased 6" battery operated fans and have attached them to some of the ceiling vents to help blow the cold AC air harder. We have attached them to the vents with small bungee cords. To help save on cost and the environment by not throwing away batteries every week, we purchased rechargeable ones. We don't run the fans at night so it is the perfect time to recharge the batteries.
Posted by Nancy B at 4:40 AM