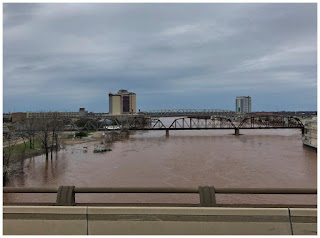 On February 27, 2018 we continued our trip to the Dallas area. As we crossed the Red River in Shreveport we could see the effects of all the rain the area has had. The river has broken the banks and flooded the park.


Tyler, TX was a rest stop for us. We spent two nights at the Texas Rose RV Park. 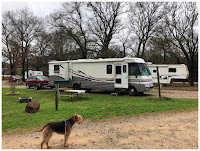 The park has around 40 sites, some with permanent residents, most kept up pretty well. The overnight sights are pull-throughs and circle around a playground area. The sites are gravel and ours was not very level. 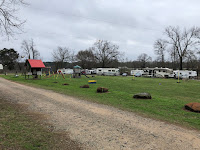 The park is quiet even though you are just off of I-20. The current owners have only owned it a short time and are working on improvements. They were building a bath house while we were there. There is a rec room with a pool table, foosball and other games and a continuous pot of coffee. We paid just $10.00 a night with their disabled Veterans policy. It's $20.00 a night with Passport America. The WiFi was okay as was our Verizon signal.

March 1, 2018 is the day we hit Denton, TX, which is just north of Dallas and west of Plano where our great-nephews wedding took place. This trip also showed how much rain there has been as we passed many flooded roads.


The Destiny Dallas RV Resort is a large park with a number of snowbirds in residence. The park is very well maintained and they have a car-wash on site with a bay for RV's. We took advantage of that and washed both the car and the RV. 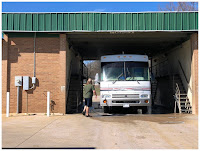 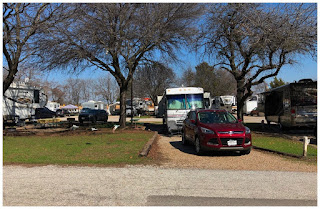 Our site was a gravel pull-through that was very level and had full-hook ups. It is a buddy site but nice and wide with trees so not right on top of our neighbor. WiFi was good and our Verizon signal was okay. The laundry room and bathrooms were very clean. There is a lot of road noise from I-35E.  We paid $41.20 a night with our Good Sam discount.


The wedding of Barrett Bryson and Emily Floch is what brought us here. Barrett, our great-nephew is from Dexter, MI and Emily is from Plano, TX. They met at Calvin College in Grand Rapids, MI and now are currently students at North Carolina State University in Raleigh, NC.

Friday night we attended the rehearsal dinner for Barrett and Emily. It was held at Urban Crust in Plano. Great food and great company. 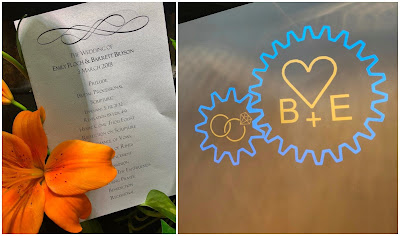 Saturday, March 3, 2018 was the big day. The wedding and reception were held at Event1013 also in downtown Plano. It is a very cool old storefront building.
The room is divided into two sections. The front room is where the reception took place. The service was held in the back room, which was decorated with a living wall of beautiful orange Tigerlilys. Once the service was done the buffet was set up in here. 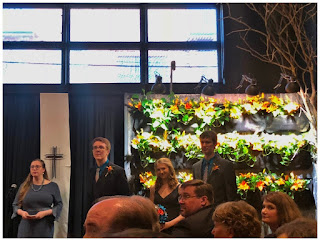 The service was beautiful. Emily's sister, Bethany Joy, officiated. We always like to watch the groom as the bride enters the room and Barrett didn't disappoint with his reaction. A beaming smile and a few tears showed his love for his new bride. 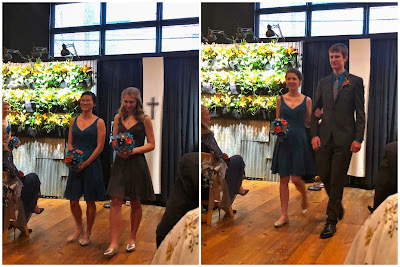 Barrett's sister Sophia was his Best-man and Anna Burch was Emily's Maid-of-Honor.
Robin Floch and Landon Stark were their attendants. 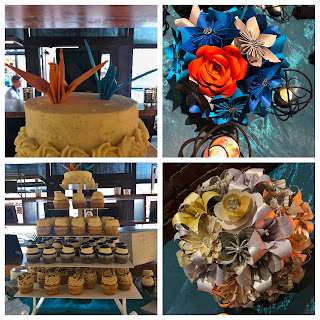 They had lots of personal touches, beautiful bouquets and a fun cupcake display with cranes as their cake-topper.

The gears with their initials is a design Barrett created when he proposed to Emily. Perfect back drop for their first dance.

Monday, March 5, 2018 we started our trip back to Asheville, NC. First of many stops was in Texarkanna, TX. Not to be confused with Texarkanna, AR.
We stayed at the Texarkanna RV Park and Event Center. There are two sections to the gated park, one for full time residents and one for short term, overnighters. The park is all gravel and well maintained. 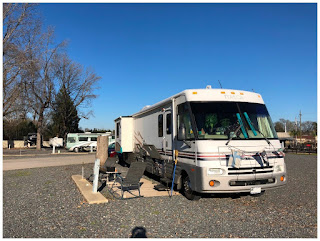 Our site was very level and very narrow. If someone had been next to us there would not have been much room between our slide and theirs. Luckily no one used that spot while we were here. We had full hook ups. WiFi was good and our Verizon signal was just okay. There is some road noise but not bad. We paid $21.65 a night with our Passport America discount. 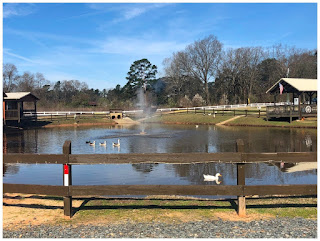 There is a pretty pond with some rather aggressive
geese, or at least from Nancy's perspective they were aggressive! 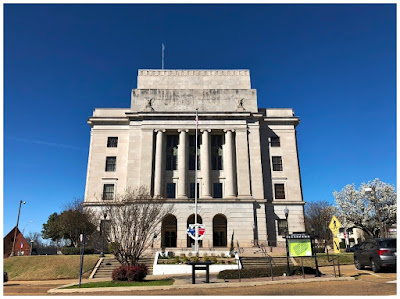 Construction of this building was completed in 1933, replacing the original courthouse built in 1892. It houses not only a post office but the U.S. District Courts for Western Arkansas and Eastern Texas. 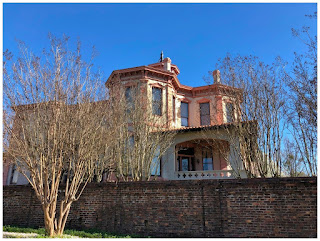 Other than the split building there is not much to either Texarkana, in fact not much of anything on the Arkansas side. In Texas there is the Ace Of Clubs House, which is a museum but was closed on the day we were here. The house has one rectangular wing and three octagonal wings, making it look like the ace of clubs. Legend has it that James Harris Draughon built it in 1885 after winning a large sum of money in a card game. 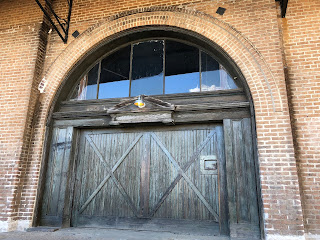 We went in search of the 1894 City Market, which is supposed to have art galleries and artist studios, but the building is under major reconstruction and the only gallery left wasn't open.
The large wooden doors and little black cat seemed very welcoming but not on this day. 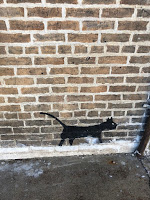 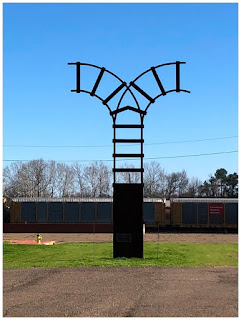 We did find this really cool train track art piece. We think it would make the perfect trellis.

Our next stop took us back to Simsboro, LA and then we have six more stops after that and we will be back in Asheville, NC.


Tips and things we have learned along the way.
~ Rain, rain go away.
As you know from our last few blogs we have encountered lots and lots of rain. As you can imagine that does have a tendency to create condensation on the inside of our windows. Having it happen while staying in a campground can be annoying but having it happen to the windshield while driving is not only annoying it can be dangerous. Because of the size of the windows the defrosters don't always clear the whole thing. There have been times we have had to stop and clean off the windows. 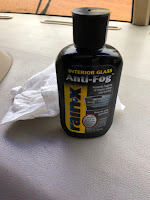 RainX to the rescue. If it is raining on moving day, we clean the windows with this before pulling out and no more condensation.
Posted by Nancy B at 10:30 AM